The Italian Greyhound is a small dog breed that can reach speeds of 28 miles per hour. This breed dates back to over 2,000 years ago to present-day Greece and Turkey. It was bred as a companion dog and later prized in Italy for its miniature size. Notably, several monarchs have owned Italian Greyhounds. 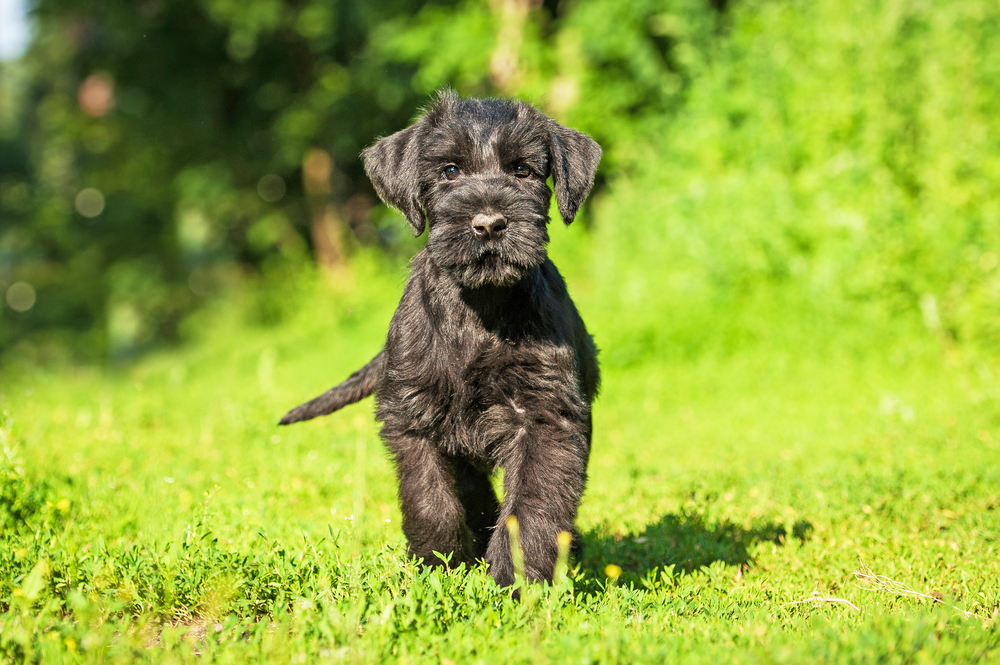 The Giant Schnauzer originated in the Bavarian region of Germany, where it was bred as a guard dog and livestock herder. Once it was introduced to cities, this breed was used to protect businesses. It can run up to 28 miles per hour and is the largest Schnauzer variation.

The Scottish deerhound, as the name suggests, was originally bred to hunt deer. Archaeologists have discovered pottery from the 1st century AD that illustrates a large dog hunting deer. This depiction is believed to be an ancestor of the Scottish deerhound. This breed has been recorded to run 28 miles per hour.

The German Shepherd was originally used for herding sheep. Today, this dog is often used in police and military work, as a disability-assistance dog, narcotics and explosives detection, and in search and rescue efforts. It is the most commonly used breed for work involving scent. It can reach speeds of up to 30 miles per hour. 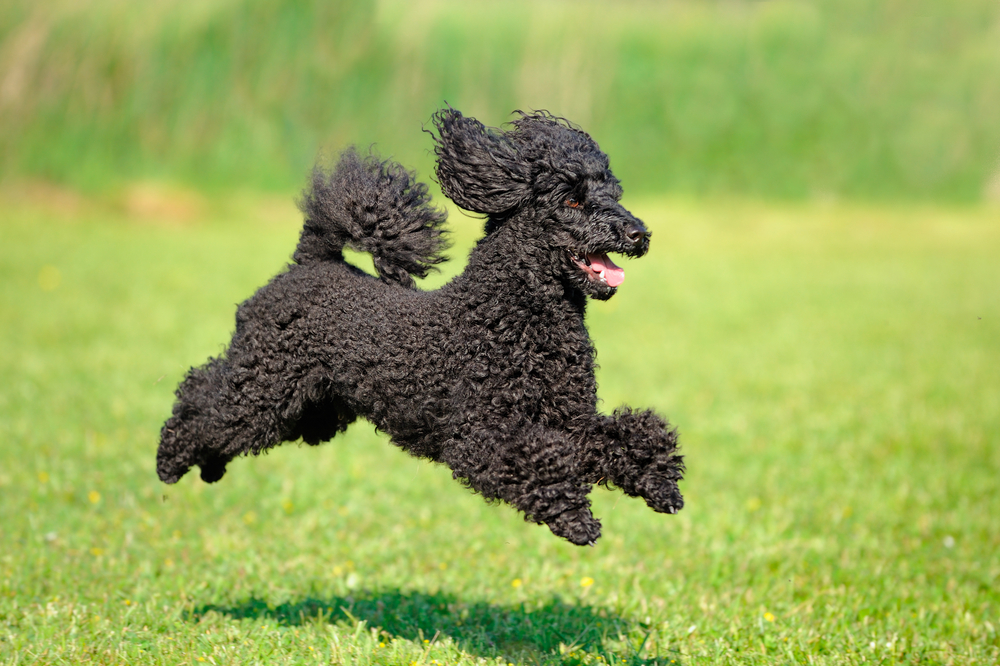 The Poodle breed encompasses 3 size variations: Toy, Miniature, and Standard. The Standard Poodle can reach speeds of 30 miles per hour and shares the ranking of 9th fastest dog. The Poodle, with unclear origins, was bred as a water retriever and used for duck hunting. Today, it is an excellent swimmer and considered the 2nd smartest dog breed.

The Border Collie is considered a herding breed as it was bred to herd livestock. It can run up to 30 miles per hour, making it the 9th fastest dog in the world (a shared ranking). This dog is known to be extremely intelligent, obedient, and energetic.

The Doberman is the 8th fastest dog in the world, running at speeds of 32 miles per hour. This dog was bred in Germany in the early 20th century specifically to be a guard dog. Over history, this breed has been used as war dogs, police dogs, and for personal defense. The Doberman is considered one of the most intelligent dog breeds. 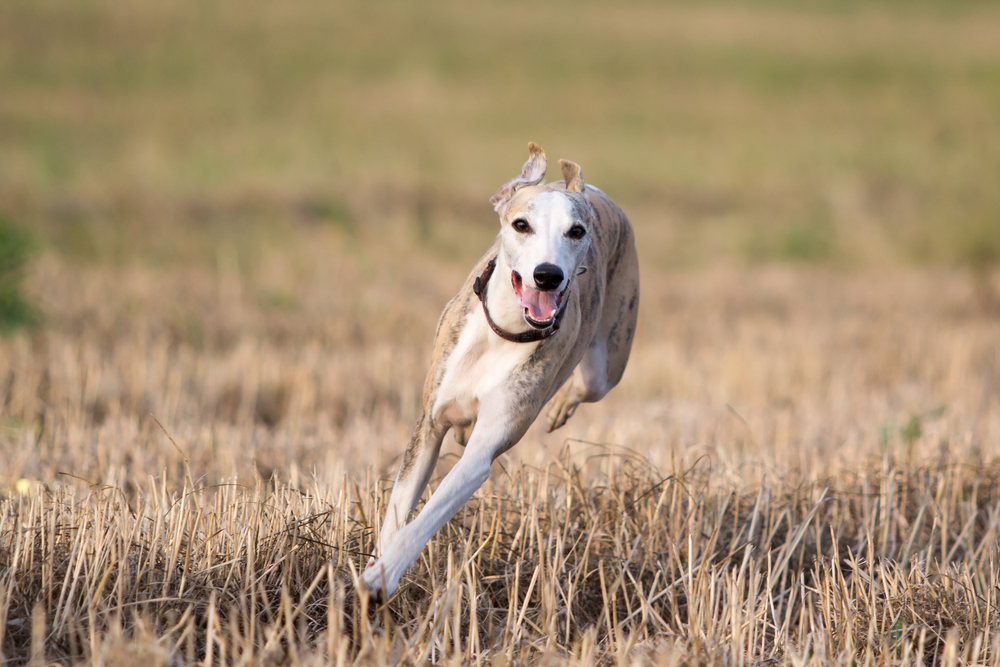 Originally, the Whippet breed was a Greyhound that was considered too small for hunting. The local law prohibited their use for hunting so they were bred together and primarily used to kill rats. When the law changed, however, the Whippet became popular in dog racing due to their speed. This breed can run up to 34 miles per hour, although some have been recorded at 40 miles per hour. It is considered the fastest dog of its size and is the fastest accelerating dog in the world.

The Borzoi, also known as the Russian Wolfhound, is a sight dog that originated in and was introduced to Russia, where it was bred to hunt wolves. It is the 6th fastest dog and can reach speeds up to 36 miles per hour. In fact, its name comes from an old Russian word for “fast”.

The Dalmatian is able to reach speeds of 37 miles per hour, making it the 5th fastest dog in the world. This breed is a popular pet and easily recognized by its appearance, which is white with black or brown spots. The first record of this dog dates back to a painting from 1600 in Croatia. Historically, Dalmatians have been companion guard dogs and often used to run beside carriages to protect against robbery. 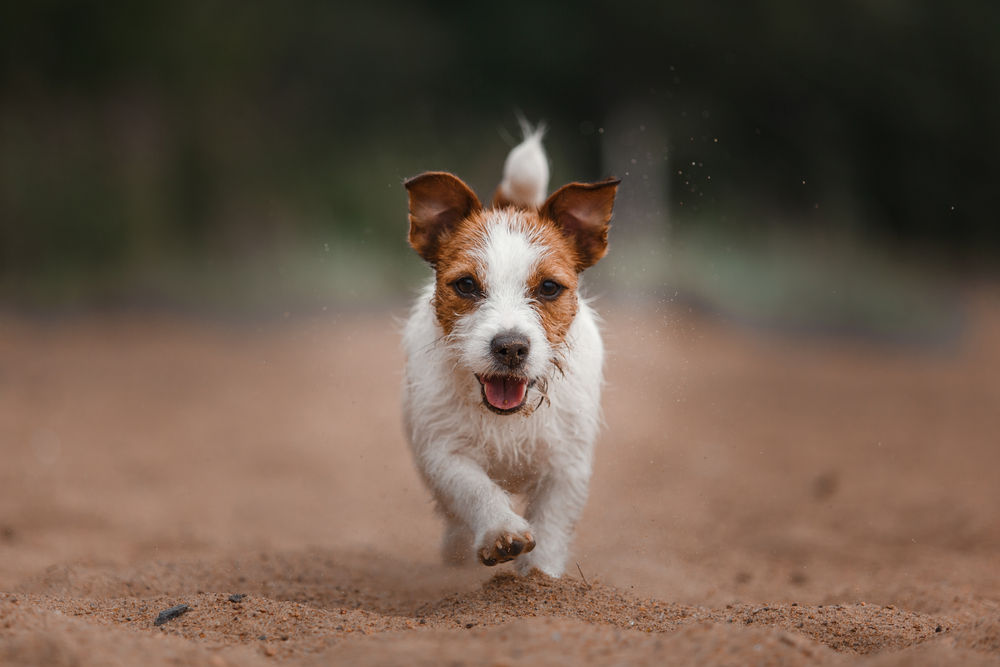 The Jack Russell Terrier is a small, sturdy, and highly energetic dog breed. It is the 4th fastest dog in the world and can run up to 38 miles per hour. The modern-day version of this breed can be traced back to 1795, when fox hunters in England expressed the need for an all-white dog that could be easily distinguished from game. Its ancestor is the English White Terrier, now extinct.

The Vizsla, which reaches speeds of 40 miles per hour, shares 3rd place with the Afghan hound in the list of the fastest dog breeds. This breed originated in Hungary, where it is known for its protective instincts, pointer-retriever hunting skills, and high level of energy.

The Afghan hound shares third place for its running speed of up to 40 miles per hour. It is considered a basal breed, meaning its DNA is less mixed than more modern breeds. The Afghan hound is most closely related to the Saluki. This breed has been traced to Afghanistan, where it was bred specifically to withstand the cold temperatures of high mountain altitudes. 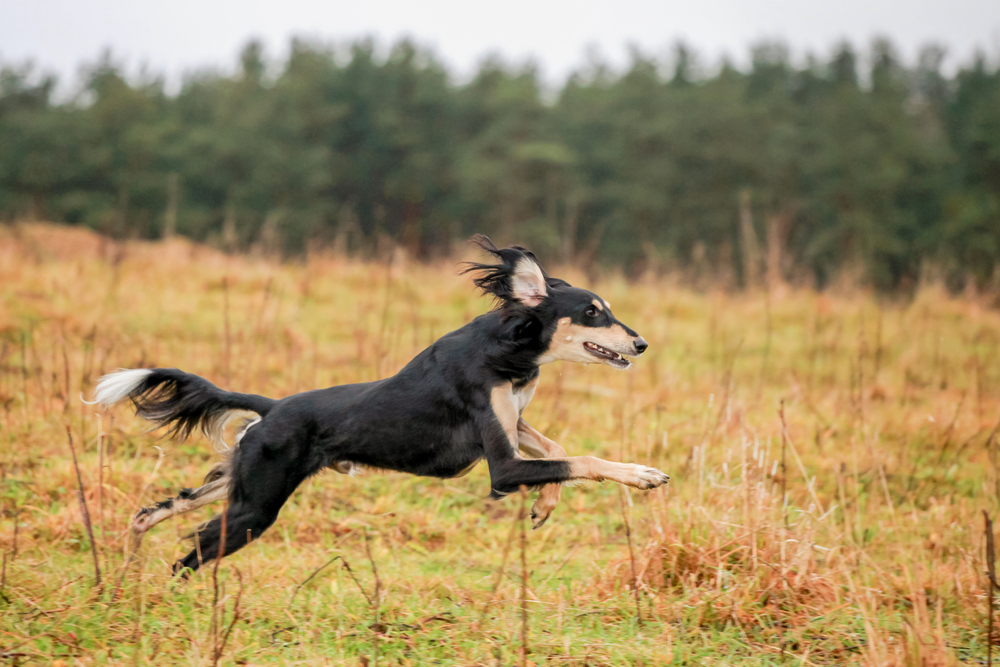 The 2nd fastest dog in the world is the Saluki, which can reach speeds of up to 42 miles per hour. Some experts even believe that the Saluki can sustain high speeds for longer distances than the Greyhound. Images of the Saluki have been found on ancient Egyptian tombs that date as far back as 2134 BC. This breed is a sighthound and has historically hunted gazelle, fox, and rabbits.

The fastest dog in the world is the Greyhound, which can reach speeds of up to 45 miles per hour. It is believed that the origin of this breed can be traced back to the ancient Celts in Eastern Europe. Since that time, it has been bred specifically as a sighthound and used for hunting, chasing game, and racing.