There are many factors that influence the size of a dog. Things like genetics, breed, and diet all determine how large a dog will grow to be. Generally, large dog breeds weigh a minimum of 50 pounds and are 24 inches high. Large dogs are beloved for their temperament and ability to protect. If you are considering the adoption of a large dog, here are some great breeds to consider! 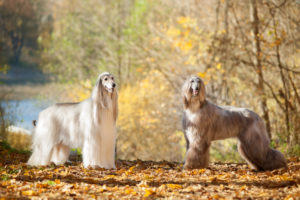 The Afghan Hound is a large dog with a regal appearance, mostly thanks to its long silky coat. It has prominent hips, an arched neck, large paws, and a ring-curled tail. The Afghan is not one of the most famous dog breeds. It is sometimes overlooked by potential dog owners. However, someone who chooses an Afghan hound can expect a loving and gentle companion. 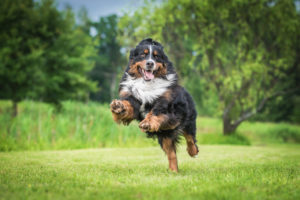 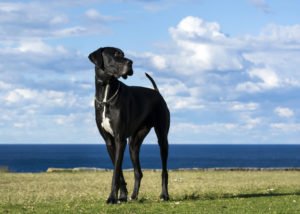 The Great Dane is a famously tall dog that averages 30 inches in height! In fact, the record for the tallest dog is held by Zeus, a Great Dane that grew to 44 inches tall. Great Danes are generally friendly especially to other dogs and pets. 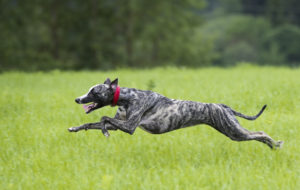 The Greyhound is a dog built for speed. The dogs are known for their athletic bodies. Mature Greyhounds can weigh between 60 to 75 pounds. They can also grow to about 30 inches. Greyhounds are gentle, sweet-tempered, and noble. 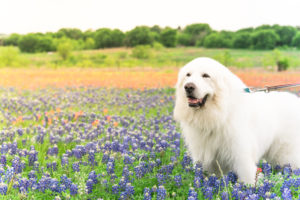 The Great Pyrenees is a dog historically bred to protect sheep, livestock, goats, and humans. It is a territorial dog that easily adopts the role of protector. The Great Pyrenees can grow to a height of 32 inches and can weigh as much as 100 pounds. 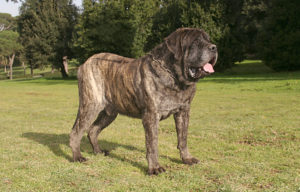 The English Mastiff, or just the Mastiff, is a dog revered for being heavy-boned, massive, courageous, and muscular. It is among the most ancient of dog breeds. A mature Mastiff can grow to about 30 inches in height and can weigh as much as 230 pounds. It’s no wonder mastiffs are known for being formidable protectors. 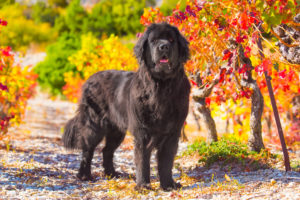 The Newfoundland is a massive, powerful, and sweet-tempered dogs. It is a working dog that is popular for its companionship. The “Newfie”, as the breed is popularly known, has earned the reputation for being patient and watchful. They are incredibly gentle and friendly to children.  A mature Newfoundland can grow to a height of 28 inches and can weigh as much as 150 pounds. 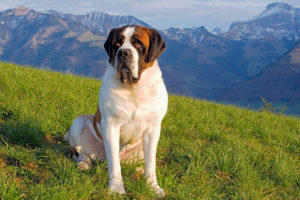 Saint Bernard is among the most popular and loved breed of dogs in the world. It originated from the Swiss Alps but has a global reputation for being watchful and patient. A mature Saint Bernard can grow to a height of 30 inches and can weigh up to 180 pounds. 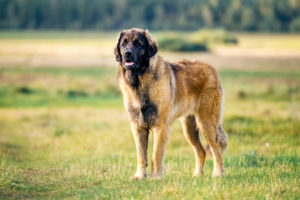 There’s a reason why Leonbergers are commonly used in water rescues and lifesaving. The distinctive marks on their faces were allegedly bred to mimic the facial appearance of lions. A mature Leonberger can grow to 32 inches and can weigh up to 170 pounds. 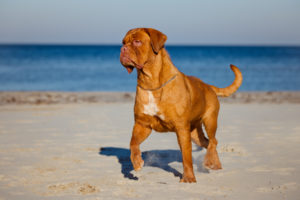 The Dogue de Bordeaux, or the French Mastiff, is a muscular and powerful work dog. These dogs can handle several tasks from pulling carts, securing compounds, and even guarding flocks. A fully-grown Dogue de Bordeaux grows to about 27 inches and weighs up to 150 pounds.